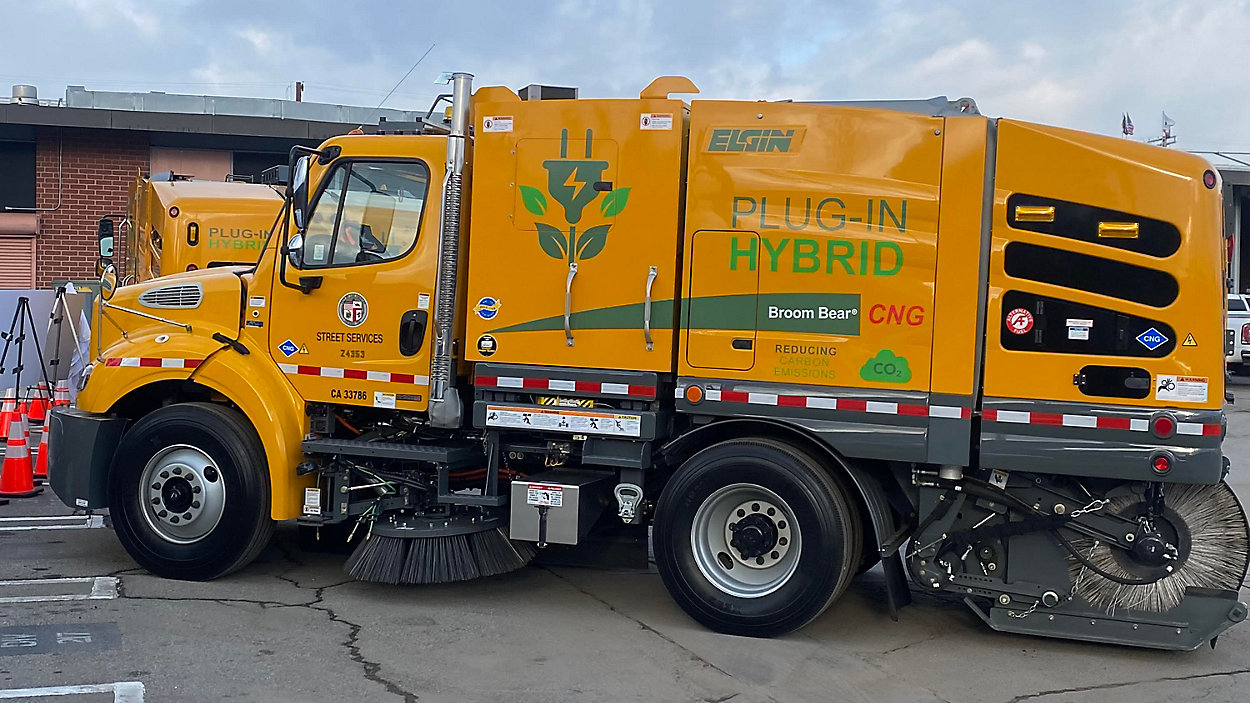 Share | Return
LOS ANGELES — The Rams have been getting a lot of love since winning the Super Bowl, but Tuesday was all about the chargers, Los Angeles Mayor Eric Garcetti quipped as he indoctrinated a pair of hybrid-electric street sweepers.

The plug-in hybrid Broom Bears, as they’re called, are the first in the nation to run on compressed natural gas and battery-electric power.

“We’re looking at a different sort of championship that we are so proud to hold, which is around environmental stewardship, to make sure that here in this beautiful city we’re confronting the biggest challenge of our lives: Climate change,” Garcetti said as he stood in front of the clean, green sweeping machines at StreetsLA’s North Hollywood service yard. 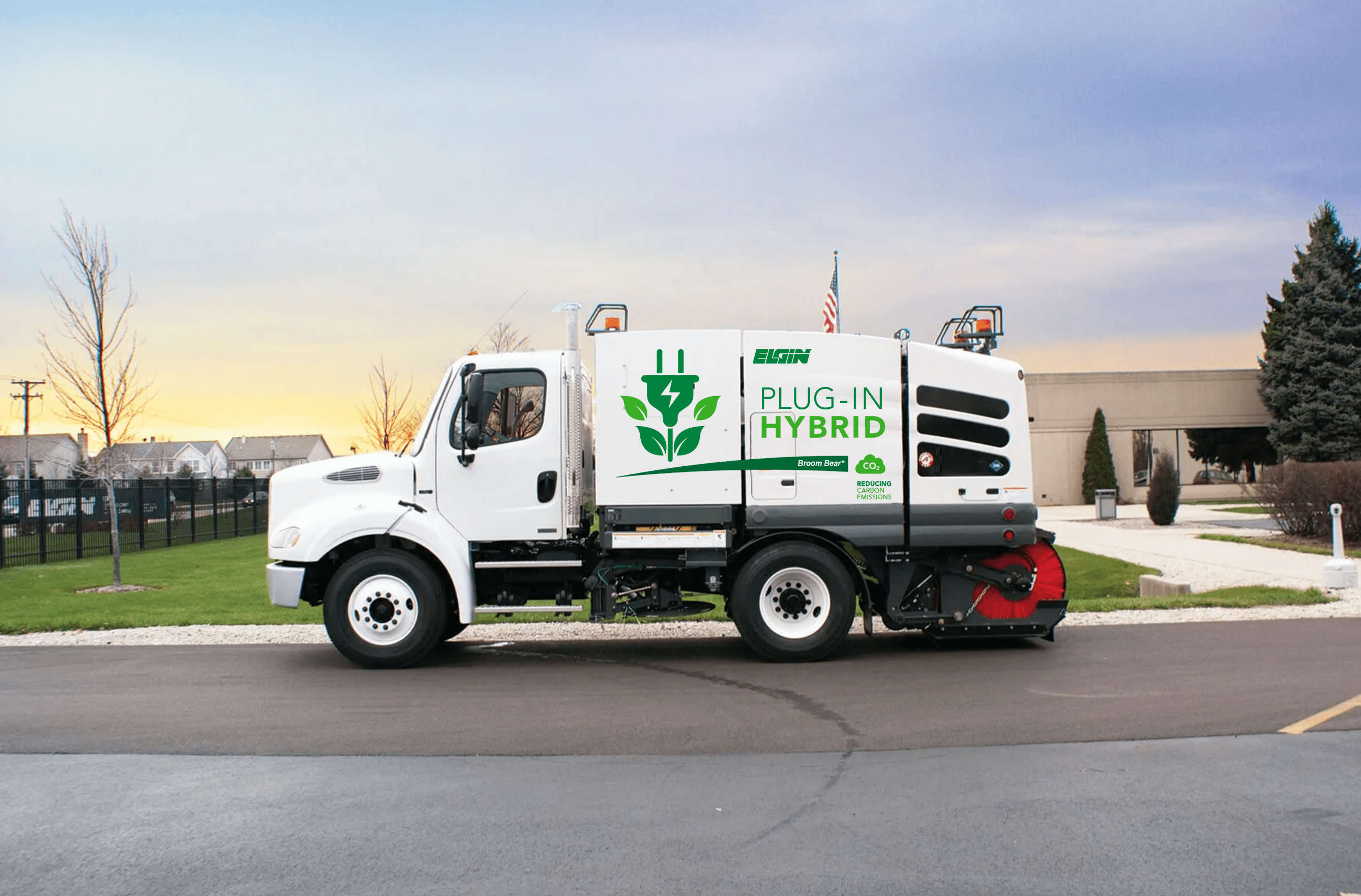 Nicknamed Angus and Malcolm, after the guitar players in AC/DC, the hybrid street sweepers burn 25 to 30% less fossil fuel compared with traditional sweet sweepers that run on compressed natural gas. Their introduction into service Tuesday also marked the opening of StreetsLA’s new Center for Green Innovation, which will develop and test zero- and near-zero emissions equipment for street services.

The lower-emissions sweepers would not exist if it weren’t for StreetsLA Executive Director Keith Mozee and his Chief Sustainability Officer Greg Spotts. Four years ago, they reached out to Elgin Sweeper Co., which has long supplied the city’s street cleaning equipment, to see if they could be electrified.

The result is a machine that has replaced one of the normal sweeper’s three natural gas fuel tanks with a battery that can power the sweeper’s cleaning functions for an eight-hour shift and generate 25 to 30% fewer emissions in the process. In 2003, LA was the first city to buy a Broom Bear powered with compressed natural gas as it began to phase out more polluting diesel.

Mozee said StreetsLA’s initiative to transition its fleet to electrics began with the Green New Deal the city adopted in 2019. That plan calls for the city to transition to 100% carbon-free energy by 2035 and for the LA Department of Transportation to switch to zero-emissions buses by 2030.

The city is installing 20 public EV chargers every day, Mayor Garcetti said, and has so far invested more than $70 million in charging infrastructure. Those investments include a pair of portable solar canopies that can recharge two EVs at a time without being plugged into the grid — one of which was on display at the North Hollywood service yard Tuesday.

“What we see today is a way to do the basic service of cities in a way that sets an example for the entire world and creates tomorrow’s new technologies,” City Councilmember Paul Kerkorian said of the Center for Green Innovation in Council District 2, which includes the Southeast San Fernando Valley. “We’re helping to create markets for the private sector to be able to create the new technologies, not just for this city, but that every city in the world is going to need.”